While corruption is a universal phenomenon, research shows that it disproportionately impacts the poorest across the globe. Studies have shown that an estimated $50 billion left the African continent in illicit financial flows every year between 2000 and 2008, more than the $46.1 billion in official development assistance to the continent in 2012.

On 13 November 2013, Matrix Chambers, a specialist barrister set focusing on criminal law, constitutional law and human rights, with an international perspective hosted the event ‘Targeting Natural Wastage: Corruption Enforcement and Recovering Looted Assets.’ Integrity Director and CEO Anthony Ellis presented with Phil Mason, a senior Anti-Corruption Adviser at the UK Department for International Development (DFID), on ‘Corruption as a development issue: the extent of the problem, getting business done, the prospects for growth.’

Mr Mason set the scene: “Since the mid-1990s, major agencies have become convinced that corruption is the grit that clogs up economic development.” His work focuses primarily on the supply side of corruption, involving UK agencies and business in the fight to curb bribery and illicit financial flows.

From delivering research and consultancy services in some of the most fragile and conflict-affected areas in the world, Integrity is acutely aware of the challenges presented by corruption. According to Transparency International (TI), of the 40 lowest ranked countries in TI’s Corruption Perception Index 2012, 19 are in the 50% of the poorest in the world.

Anthony presented on a range of services provided by Integrity including grantee and local partner evaluation, advisory services around anti-corruption policies and practises and capacity building organisations to protect them from fraud and corruption. As an example, Anthony described a project by Integrity to advise an international NGO on how to improve their fraud management systems and provided training to staff members on how to integrate anti-corruption policies across its operations. The project revealed the importance of combining structural/policy changes with cultural ones in order to tackle the root causes of fraudulent behaviour, especially where there are large gaps between headquarter and field office practices. 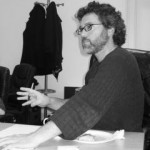 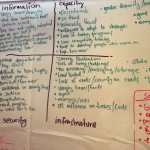