Integrity has launched a consultation on media reform in Somalia with diaspora journalists and media actors based in the UK. The project, entitled XOG-SUGAN: UK Diaspora Media Consultation, is a five week process that focuses on the broad themes raised by Somalia’s Draft Media Law, and implications for state-building, conflict resolution, the protection of journalists and freedom of speech.

Taking place throughout October, the initiative is consulting participants through a mixed method approach that has been designed to maximise inclusivity and generate debate. The consultation activities include:
• An online forum and supporting social media activities on Facebook and Twitter
• In-depth and peer-to-peer interviews
• Oral testimonies
• Focus group discussions on topics such as journalist safety and the tension between international norms and cultural, social and religious traditions
• A concluding workshop to review and discuss the consultation’s findings

The full name of the project is Xog Saxaafadeed U Heelan Garsoor Aaminsan Nabad, which means ‘Informed and accurate media that reinforces peaceful governance’. This emphasises one of the wider aims of the project which is to start identifying ways for diaspora media actors to work together in raising standards of media activity in general and to discuss the role of the media for the long-term development and stability of Somalia.

Integrity is providing overall project management for the consultation and working in partnership with Internews Europe. Integrity project manager Khadra Elmi said, “It’s a really exciting project to be involved in. The diaspora is not often able to feed into law-making in Somalia and this provides an opportunity for journalists based in the UK to tackle some really important themes, the outputs of which we plan to feed back to the Government of Somalia.”

Separately, Internews US is running a formal grassroots consultation on the Draft Media Law in Somalia itself and we are collaborating with them to share lessons across both projects. Funding for XOG-SUGAN: UK Diaspora Media Consultation has been provided by the UK Government.

CONSULTATION WITH SOMALI JOURNALISTS IN THE UK GATHERS MOMENTUM

Integrity’s consultation with Somali journalists and media actors in the UK is gathering momentum halfway through the project.Since our last update, we have established an Advisory Board of media actors, which is chaired by Nicole Stremlau, a consultant on the project and an expert on media law. There are six Advisory Board members who are providing advice and helping to promote the consultation to their networks.
The UK has the largest Somali diaspora media community and it is highly influential in Somalia itself. The project, entitled Xog-Sugan UK, is a five-week process focusing on issues raised by Somalia’s Draft Media Law. Themes include journalist safety, the role of culture and religion, and the role of media in development and peace building.Integrity is using interviews, focus groups and online engagement to gather opinions and views. At the first of four focus group discussions, ideas raised included the creation of an umbrella network for diaspora journalists and debate over which legal frameworks, if any, apply to diaspora media actors.

We’ve also launched an online forum for views and opinions, a Twitter feed and we have developed a Facebook page

The consultation, funded by the UK government, is due to report recommendations back to the Government of Somalia in November. 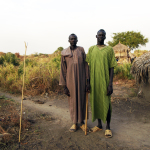 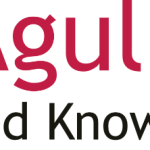