In March 2013, Trademark East Africa and the Government of Burundi awarded Integrity a contract to determine the true revenues and costs incurred by actors within the Burundi coffee value chain. Coffee is Burundi’s primary export, and has been called the country’s “black gold” by many of its inhabitants. It is not only the main source of income for over 560,000 farmers, it is also the country’s primary source of hard foreign currency. In the small, post conflict East African nation, coffee remains the lifeblood of the economic system.

Integrity’s research would be used as the starting point for negotiating the price of coffee cherries on the local market. Pricing coffee cherries is difficult, because one must take into account both internal factors (costs of production, quantity produced…) as well as the international price of green coffee, traded on commodity exchanges throughout the world and impacted by larger producers such as Brazil and Vietnam. It is much like fixing a minimum wage: too low and coffee growers suffer; too high and coffee washing stations are uncompetitive on the world market.

Integrity’s team took a novel approach to the question of estimating production costs: coffee farmers were directly interviewed. Previously, such costs were estimated, basically by using the data found at coffee washing stations. Most of Burundi’s farmers are illiterate and do not keep records, so the bill of payment they receive from washing stations when selling their cherries generally provided the sole source of information on farmer revenues. However, this never addressed the vital question of cost.

Relying on its marketing knowledge, a team of local agronomists, and the law of large numbers, Integrity interviewed 466 coffee farmers in five of the country’s coffee producing regions. This allowed, for the first time, a detailed view of the costs incurred by Burundian coffee producers. Coupled with in-depth analysis of the financial statements of the five largest coffee washing stations, ten coffee cooperatives, and two hullers, the team was able to draft the most complete picture of coffee production costs and revenues in Burundi.

The report and its findings were presented to all major stakeholders, including the Minister of Agriculture, in early July. Integrity also suggested a novel way of fixing the minimum price of cherries within the country. The government is currently discussing these findings to see how to integrate the knowledge in their current coffee strategy. 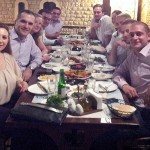