Project outcome(s): The evaluation found that despite several challenges during the initial implementation period – e.g. regulatory restrictions related to refugee livelihood, budgetary constraints, and the short implementation period – several of the livelihood skills showed promise in the market. Importantly, the programme resulted in several positive outcomes for women’s empowerment: the women reported higher levels of self-esteem and self-worth, an increased role in their households, and greater support for women’s employment by the male heads of household. Another key finding of the evaluation was that the programme also served as a mechanism for greater interaction between Syrian refugee women and the Lebanese women in the host communities, contributing to improved social cohesion. 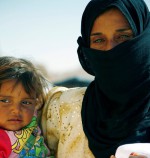