Formulation and Design of the Civil Society Fund in South Sudan

Partner: South Sudan Joint Donor Team (Governments of Canada, Denmark, Netherlands, Norway, Sweden and the UK), and the Embassy of the Kingdom of the Netherlands in South Sudan.

Project objective(s): To undertake early scoping, develop a baseline, and finalise the design and operational arrangements for the first dedicated Civil Society Fund (CSF) in South Sudan. The CSF is a multi-donor fund, designed to support South Sudanese civil society in contributing to improved voice and accountability for national development and poverty reduction. In 2012 and 2013, the Joint Donor Team (JDT), on behalf of the Joint Donor Partners (Canada, Denmark, Netherlands, Norway, Sweden and United Kingdom), started the development of the CSF. The final phase was led by the Embassy of the Kingdom of the Netherlands in South Sudan.

Project outcome(s): Integrity led a formulation mission outlining the main issues facing civil society, key sectors of priority and the parameters of a donor fund. Integrity also provided a baseline of data on relevant civil society stakeholders, alongside lessons from how similar funds had fared in comparable contexts. This included indicators to track changes in the behaviour, capacity, performance and networking of CSOs as a result of the fund’s activities. A baseline assessment sought to identify linkages to existing policies, sectors and programmes of interest already underway in the country. Key lessons were circulated to donors and fund managers across Africa, Asia and MENA in a digestible policy brief. Following a hiatus primarily due to the worsening conflict in South Sudan, Integrity was later contracted to engage with key stakeholders (including international and national NGOs and CBOs) in order to finalise the programme design and management and operational arrangements for the fund. This included engagement workshops and the development of a full programme document, a donor brief, and tender documentation for the Fund Manager and Third Party M&E contracts.

A stronger civil society can contribute to restoring social trust and facilitating the interactions between citizens and the state for lasting peace and strengthened democratic governance. The CSF will invest in strengthening the capacity of civil society organisations (CSOs) to build relationships with their constituencies; to improve their management and cooperation; and to engage in constructive dialogue with the government over potential changes in policy, service or value. By the end of its 20 year lifetime, the CSF intends to work completely through South Sudanese organisations, i.e. South Sudanese intermediaries gradually taking over from International Non-Governmental Organisations (INGOs) in delivering capacity building support to smaller organisations. 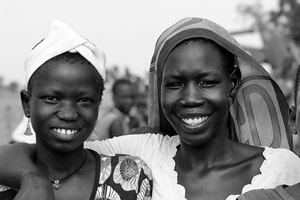